Session 34: Getting Bombed, Trolled, and Stoned! 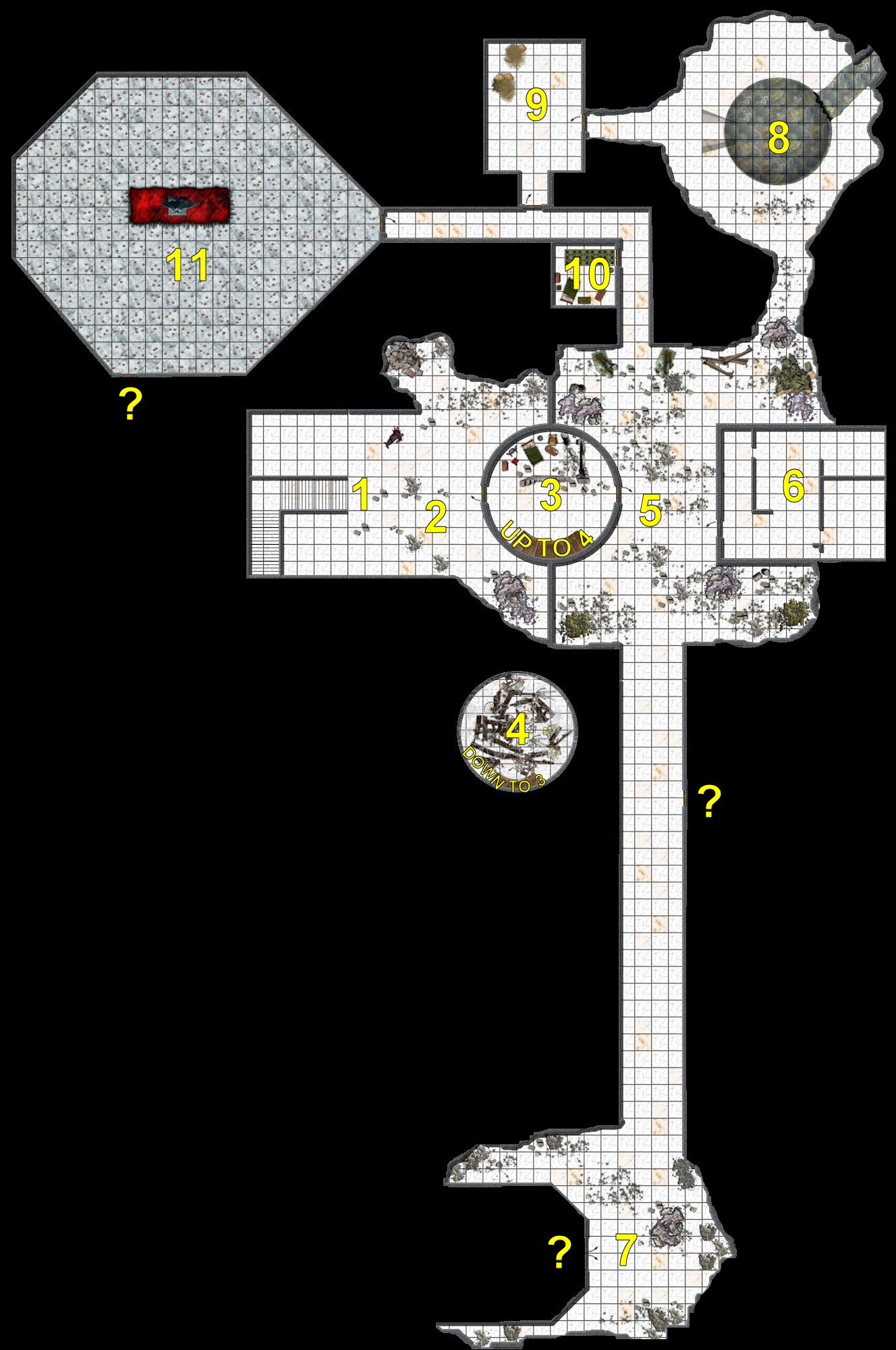 The hearty adventurers were ready to move further into this ruinous underground temple. They found more defenders almost immediately in the courtyard on the other side of the tower; a couple of Venom-Shaped Thralls started lobbing bombs their way from the roof of an ancient building. The heroes clambered up to attack… well, except Aendir Meliamne. He charged into the building’s front door and found himself face-to-face with a pair of tough gnoll opponents!

The sound of battle brought other defenders, too. From the north a pair of hulking trolls lumbered in to join the fray, and from the south a woman in strange plate mail armor was peppering the heroes with arrows from afar.

The trolls weren’t too bad, but when the heroes closed in on the woman she opened her helmet to reveal… snakes.

The medusa’s gaze caught both Aendir Meliamne and Chesh Briarthorn by surprise, turning both to stone!

When the dust settled, the heroes had to do some significant logistical juggling to get the statues up to the surface to break the enchantment on their friends, but they did eventually succeed in freeing both healers from their stony prisons.

They went back immediately, of course.

To the south, they found a long hall – newly-made – that opened into an ancient chamber with an ancient building ruin. From behind that ruin’s intact door emanated a feeling of awful, soul-clutching evil. The delvers decided to not investigate further right now.

They found the trolls’ chamber, a bedchamber that probably belonged to that dwarf cultist, and a watery cave with a slippery floor and a very deep water-filled pit.

And then they found the Sanctum.

This huge chamber was newly built, with masonry walls and a vaulted ceiling that reaches a height of twenty-five feet in the center and eighteen feet near the walls. Painted or chiseled chaos symbols of different types—spirals, multi-pointed arrows, black hand prints, and so on—covered the walls. A stone structure in the center of the room measured ten feet high, twenty feet long, and ten feet wide. Adorned with demonic visages and sculpture, it resembled a gothic sepulcher, although there was no obvious door. Atop the structure in the center squatted a stone statue of a bloated, misshapen demon. Candles in various colors rested in sconces along the walls, and hundreds of unlit candles were placed irregularly around the room. 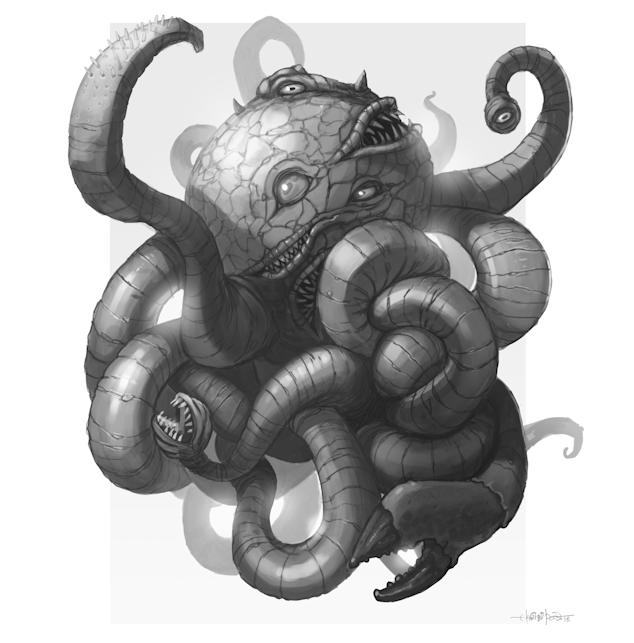 VERY creepy vibe here. Especially when the central structure started pulsing with a golden glow as the party entered the room. A bit of experimentation determined that it was specifically Yona Note who, for some unknown reason, caused the thing to glow.

The adventurers were leery about touching anything in here, but finally someone touched the glowing sepulcher.

With a teeth-clenching scrape of stone on stone, the sepulcher’s lid – which had to weigh at least several tons – slid to the side. From within, a bizarre monstrosity oozed out of the crack and formed into a mound of disgusting… stuff.

Nobody knew what it was waiting for, though. It eventually stopped waiting and tried to eat the interlopers. That didn’t go well.

It died eventually, but it was a very unpleasant fight.

“The adventurers were leery about touching anything in here, but finally someone touched the glowing sepulcher.” (Someone’s gorra do it!) LOL!

Is your campaign now defunct? Do you have expectation or hope of continuing your story?

The Latest Session What kind of trouble did we stir up THIS time?