HOW TO UPDATE THE WIKI

Ptolus, City by the Spire: The BIG MAP


(Warning: The BIG MAP above is just a link to where someone else uploaded the high-resolution city map.)
(The image behind the BIG MAP link is about 90 MB, so don’t click if you’re not on wifi!)

Ptolus is a major city of seventy-five thousand people. It is located in the land of Palastan near a large bay on the southern end of the Whitewind Sea. The place was established to serve as the port for an important fortress built at the time of the Empire’s foundation, a citadel called Dalenguard. More significantly, however, it lies in the shadow of an impossibly tall (almost three thousand feet) and thin pinnacle of rock known simply as the Spire. The Spire and its surroundings seethe with mysterious legends and rumors. These tales tell of ancient battles waged and cities erected on the site, of demons and dark lords, of forgotten kings and mighty wizards. Many such stories might be at least somewhat true, for recent developments have revealed vast complexes beneath the city.

Of late, Ptolus has become a city of adventurers. Treasure-seekers flock there to explore and plunder the labyrinthine structures beneath the streets, which they call the “Dungeon.”

Ptolus lies in a cool, rainy coastal region with harsh winters. It serves as an important port on the Bay of Ptolus off the Whitewind Sea and belongs to the Empire of Tarsis, although a growing faction in the city feels that Ptolus should declare itself independent. 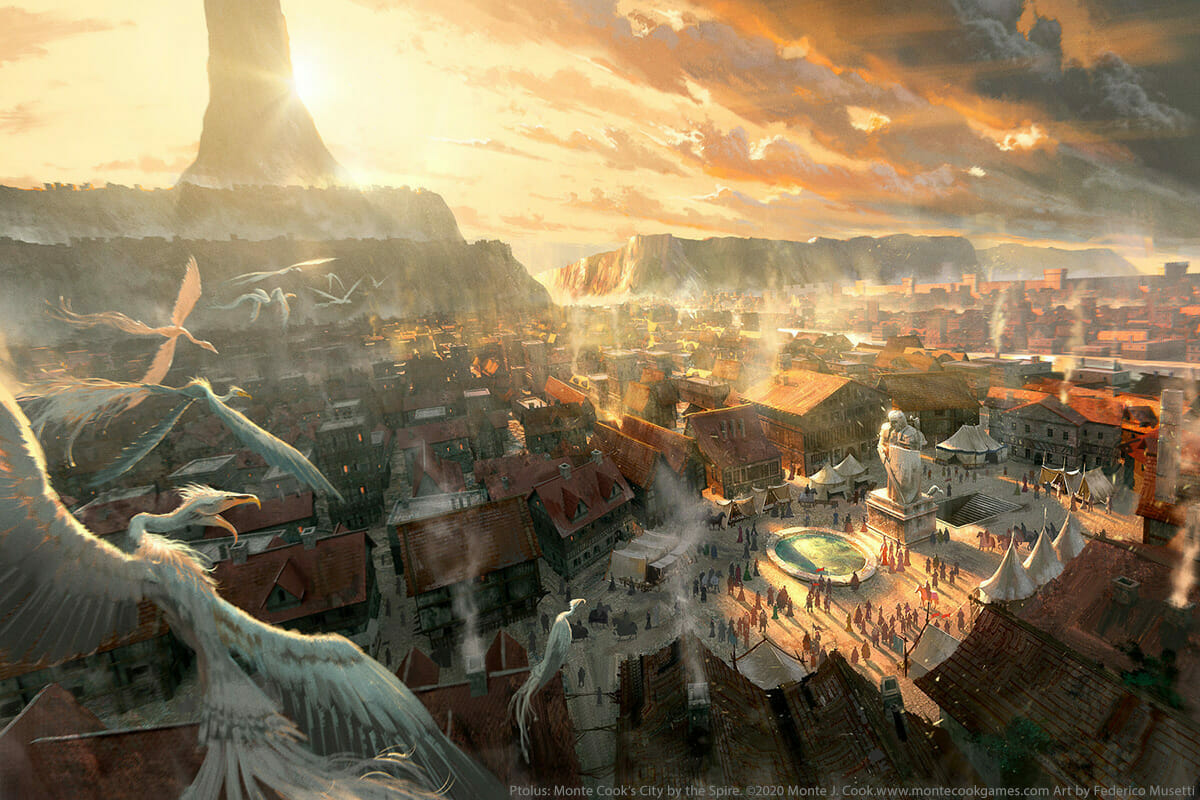